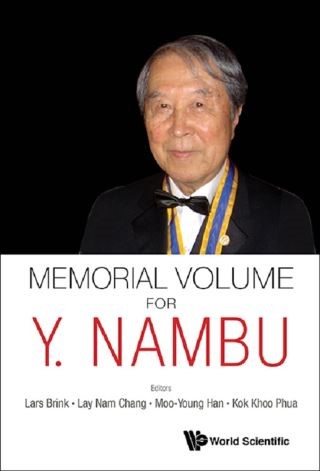 We have lost one of the giants of the twentieth century physics when Yoichiro Nambu passed away in July, 2015, at the age of 94.

Today's Standard Model, though still incomplete in many respects, is the culmination of the most successful theory of the Universe to date, and it is built upon foundations provided by discoveries made by Nambu in the 1960s: the mechanism of spontaneously broken symmetry in Nature (with G Jona-Lasinio) and the hidden new SU(3) symmetry of quarks and gluons (with M-Y Han).

In this volume honoring Nambu's memory, World Scientific Publishing presents a unique collection of papers written by his former colleagues, collaborating researchers and former students and associates, not only citing Nambu's great contributions in physics but also many personal and private reminiscences, some never told before. This volume also contains the very last scientific writing by Professor Nambu himself, discussing the development of particle physics.

This book is a volume for all who benefited not only from Nambu's contributions toward understanding the Universe but also his warm and kind persona. It is a great addition to the history of contemporary physics.