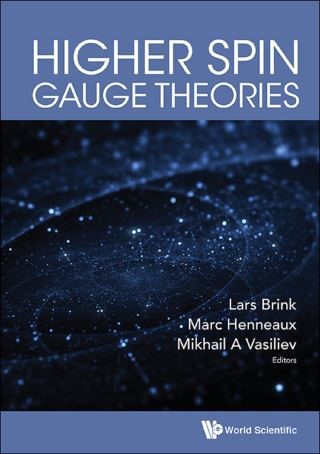 Symmetries play a fundamental role in physics. Non-Abelian gauge symmetries are the symmetries behind theories for massless spin-1 particles, while the reparametrization symmetry is behind Einstein's gravity theory for massless spin-2 particles. In supersymmetric theories these particles can be connected also to massless fermionic particles. Does Nature stop at spin-2 or can there also be massless higher spin theories. In the past strong indications have been given that such theories do not exist. However, in recent times ways to evade those constraints have been found and higher spin gauge theories have been constructed. With the advent of the AdS/CFT duality correspondence even stronger indications have been given that higher spin gauge theories play an important role in fundamental physics.

All these issues were discussed at a recent international workshop in Singapore where the leading scientists in the field participated. This volume presents an up-to-date, detailed overview of the theories including its historic background, as well as the latest accomplishments in understanding the foundational properties of higher spin physics.