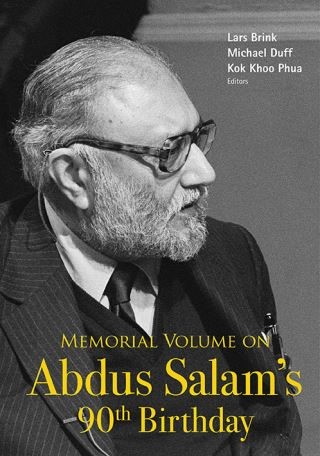 In honor of one of the most prolific and exciting scientists of the second half of the last century, a memorial meeting was organized by the Institute of Advanced Studies at Nanyang Technological University for Professor Abdus Salam's 90th Birthday in January 2016.

Salam believed that "scientific thought is the common heritage of all mankind" and that the developing world should play its part, not merely by importing technology but by being the arbiter of its own scientific destiny. That belief saw him rise from humble beginnings in a village in Pakistan to become one of the world's most original and influential particle physicists, culminating in the 1979 Nobel Prize (shared with Glashow and Weinberg) for contributions to electroweak unification, which forms an integral part of the Standard Model.

The book collected the papers presented at this memorable event which saw many distinguished scientists participating as speakers to reflect on Prof Salam's great passion for the science and achievements.