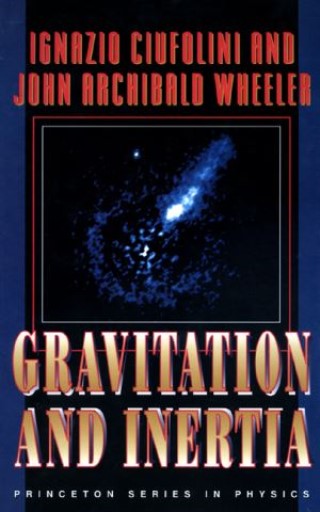 Einstein's standard and battle-tested geometric theory of gravity--spacetime tells mass how to move and mass tells spacetime how to curve--is expounded in this book by Ignazio Ciufolini and John Wheeler. They give special attention to the theory's observational checks and to two of its consequences: the predicted existence of gravitomagnetism and the origin of inertia (local inertial frames) in Einstein's general relativity: inertia here arises from mass there.

The authors explain the modern understanding of the link between gravitation and inertia in Einstein's theory, from the origin of inertia in some cosmological models of the universe, to the interpretation of the initial value formulation of Einstein's standard geometrodynamics; and from the devices and the methods used to determine the local inertial frames of reference, to the experiments used to detect and measure the "dragging of inertial frames of reference." In this book, Ciufolini and Wheeler emphasize present, past, and proposed tests of gravitational interaction, metric theories, and general relativity. They describe the numerous confirmations of the foundations of geometrodynamics and some proposed experiments, including space missions, to test some of its fundamental predictions--in particular gravitomagnetic field or "dragging of inertial frames" and gravitational waves.